We had decided to do a shore excursion today so disembarked about 9.30 with the hordes of other cruisers, waited for another ½ hour then were led to a motorised catamaran which took about 40 mins to take us to Blue Lagoon Island. It was a great trip out. First of all we passed Atlantis which looks amazing from a distance. We passed a number of expensive looking homes & boats!!! 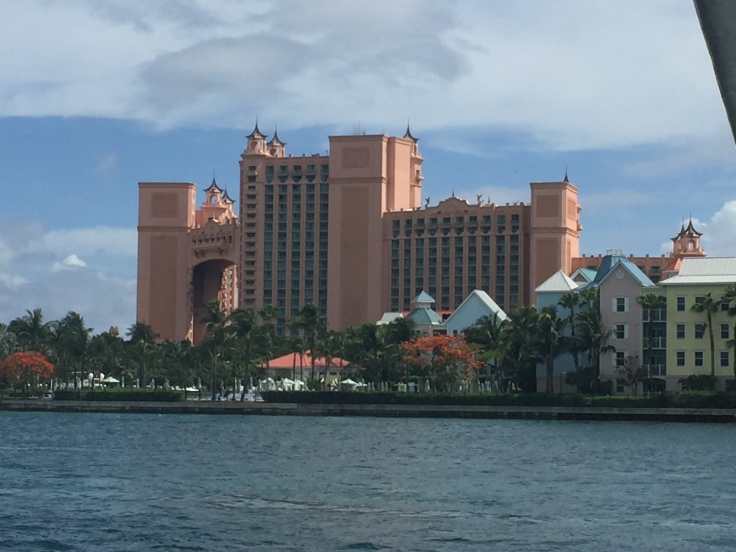 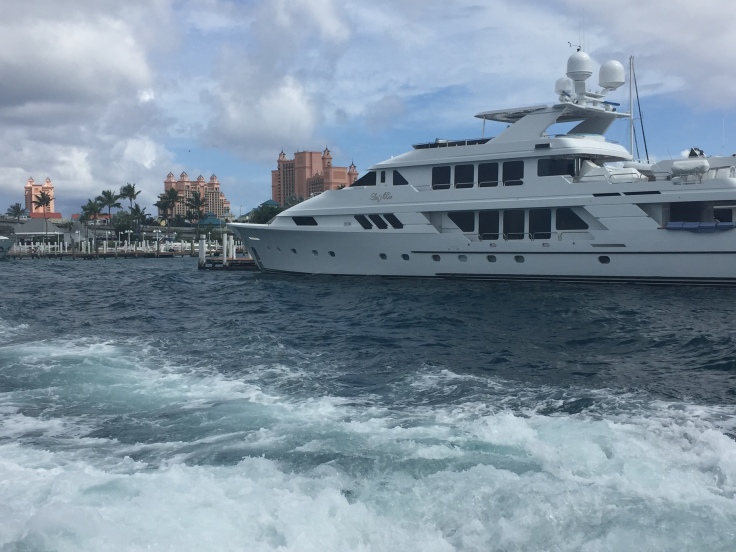 When we finally arrived at the island we headed for the beach but not before we saw the amazing dolphins who were in an enclosure & performed for us. We grabbed our deck chairs. It was a gorgeous day & we thoroughly enjoyed soaking up the sun. The water was beautiful too. 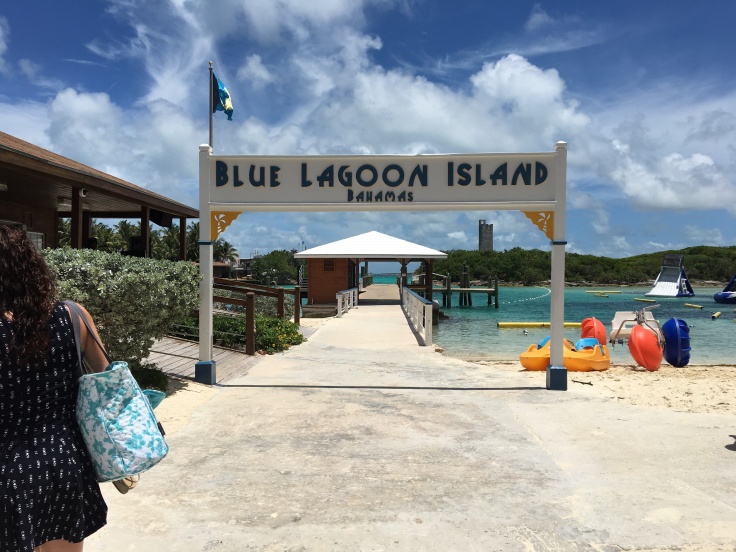 Lunch was included & consisted of … yes you guessed it… burger & chips (the national dish over here) but it was a welcome fill up. We then headed back to the boat for the trip back to shore.

We were in for a treat. It was the best boat trip I’ve had (maybe equal with the one we had in Dubrovnik when we thought we were being kidnapped). Just after we left, the music started up & one of the staff members got up the front of the deck with a sexy looking young female passenger & did the whole dance routine. As if that wasn’t fun enough, he then proceeded to take the class of pre-schoolers who were on the boat on a conga dance around the ship. It was just amazing… everyone was clapping & having a great time. 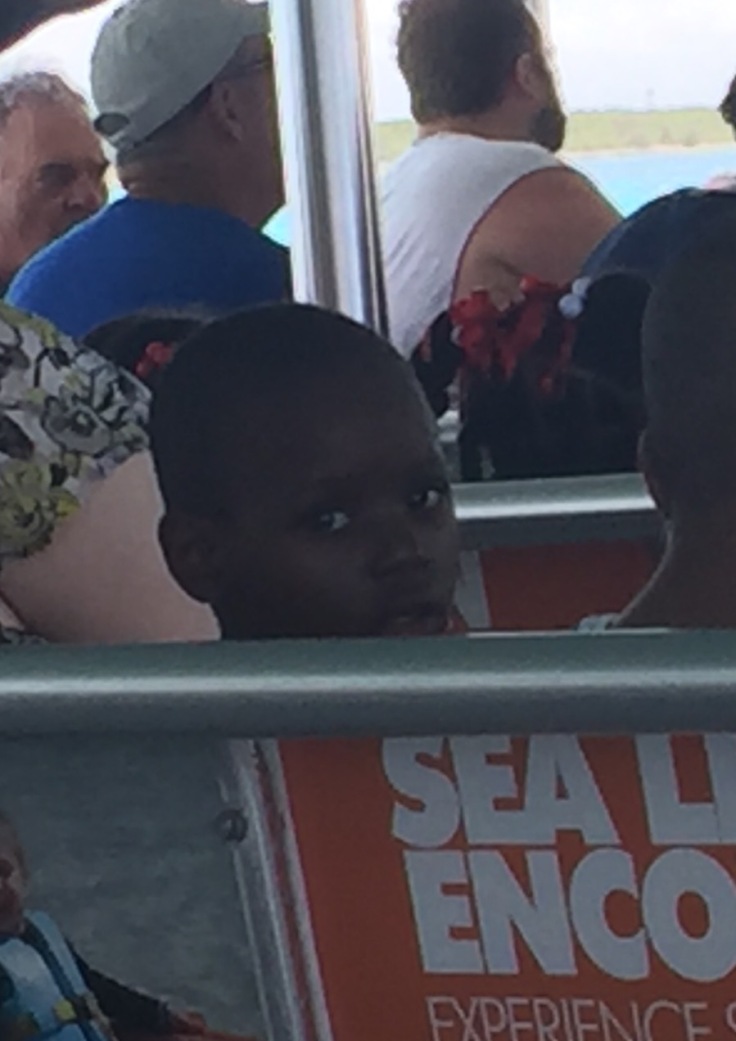 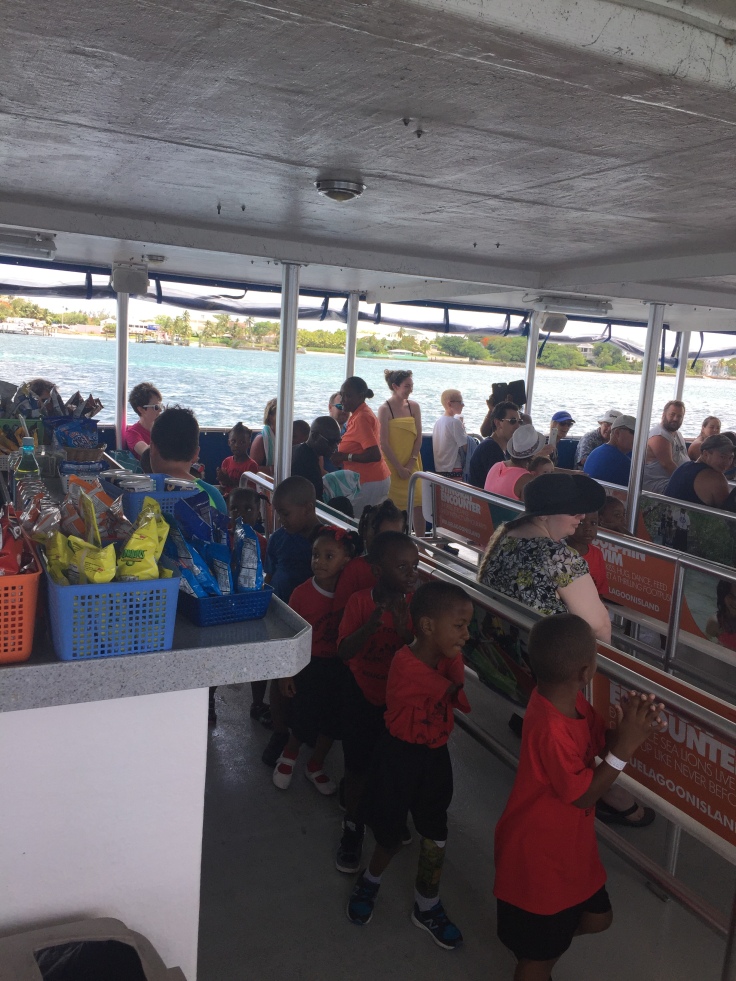 Back at Nassau we headed straight for the markets. The girls wanted to get some bits & pieces & I managed to pick up a new beach dress. The ladies in the market on a whole were lovely & we came across one who had her two daughters with her making some straw weavings. I asked her if I could take a photo.

Also at the markets were a lot of wood work pieces. The men making them were sitting out the front of their stalls carving their pieces. 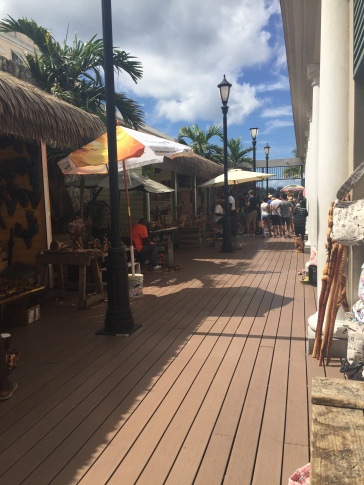 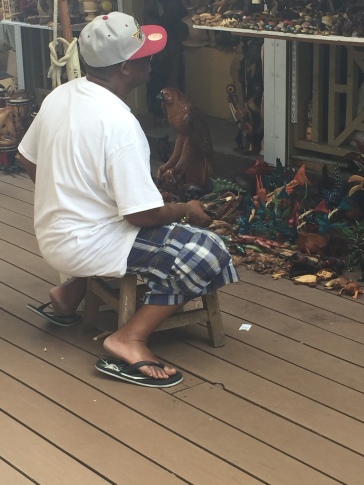 After leaving the markets we visited a few other tourist type shops. I was in one when I came out & the girls told me they had had their photos taken with a policeman! Anyone would think they were midgets! 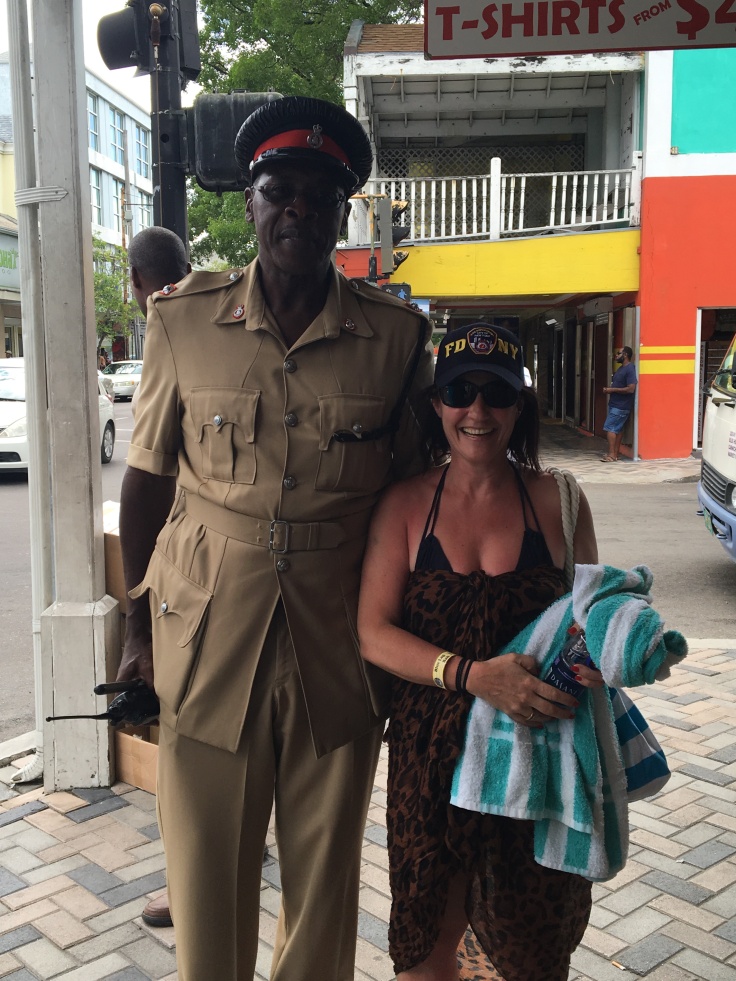 It was then back to the ship in time to again get dressed for dinner & enjoy the rest of the night. Mary was hysterical when we got back on board.. wondering why all the staff were so gloomy looking, acknowledged them all on our arrival saying loudly “HI” then followed by “Did you miss us?” Heather & I were in stitches.

Sadly leaving Nassau we headed back to sea.  We had a looonnggg sleep in. The day was so intensely hot we spent the majority of the day inside sitting & reading & drinking. The epitomy of relaxation!!!

We couldn’t get over how much we were sleeping! Sleeping in.. nodding off in the lounge.. in deckchairs.. anywhere really! I guess we are just really relaxed.

On the last day we secured some deckchairs & spent more time lying around, reading & just enjoying ourselves. Unfortunately we had an incredibly loud American woman sitting near us & Mary was hysterical in shouting everything attempting to compete!

I had booked a hot stone massage which I thoroughly enjoyed & Heather had booked a hair appointment. So all in all it was a great relaxing couple of days.

Angelo exceeded himself on the last night with not one but two towel animals. We didn’t even notice the monkey hanging up when we walked in the room & when Mary practically walked into it she screamed. 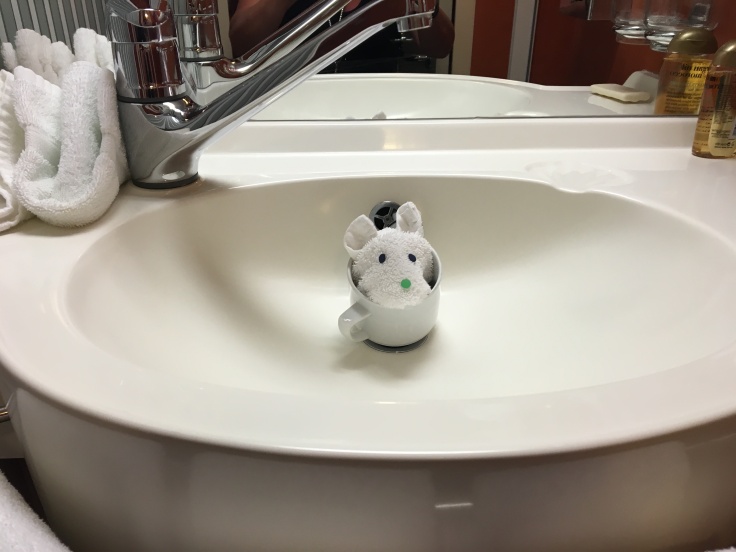 We were soooo sad to say goodbye to Angelo who had looked after us so well .. We think he was pretty sad too. He told us that there was no need to put our bags out as he was going to put them back in the room & we were to hide in the wardrobe. As well, the next morning when we checked out he kept following us & said he wanted to come with us!